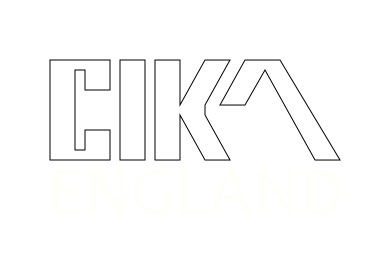 It was in 1981 at the age of nine that Jason was introduced to the Bukonkai Karate Club by his father. The chief instructor was the late Sensei Colin Williams 7th Dan, a highly regarded and decorated karate instructor. He trained there for ten years gaining 1st Dan Black Belt at the age of 15. Being a teenager at these rigorous and demanding sessions, Jason spent most of the time fighting against full blown adults despite his own young age. At times this was both physically and mentally tough, however, in his opinion the tough regimented lessons instilled discipline and martial attitude, preparing him in all his training and for everyday life. It was with Bukonkai he had his 1st success in competition winning the Bukonkai National Kumite championships aged 16, which was quite a feat beating 2 of his instructors in both the quarter and semi finals, he also had success in the Team Kumite event.

At the age of 17 Karate had to take a back seat for a while as he had just started a career in engineering. At the age of 27 he went back to his first love (Karate) full time. Jason had by now moved area so he had to change his karate training to Chikara Karate Club. Jason was soon competing again nationally and in 2001 was selected for the British Karate Association National Team. In the next three years Jason competed in various National and Regional competitions with fine success. As responsibilities changed and a growing number of injuries started to plague him, Jason decided to retire from competition at the end of 2003, turning his focus to pursue other challenges in karate instruction.

Jason entered the 2008 JSKA World Karate Championships, where he came a very credible 4th place in the Senior Team Kumite event. Shortly following this, Jason was informed that he would be eligible for his next grading. Jason, keen to improve his personal development, trained diligently and successfully passed his Sandan (3rd Dan) in 2009. Furthermore, Sensei Jason had fine success in the highly reputable European Shobu Ippon Open International event, taking 1st place in the Team Kumite. It was also in this year he founded the United Karate Great Britain.

After 5 years of training alongside Sensei Best, Jason decided to part ways in 2011 and take the UKGB in a different direction, becoming President of UKGB. In addition to this, Jason is Chief Instructor of Ippon Karate Academy. Following all his hard work and dedication to teaching Karate, Jason was awarded his Yondan (4th Dan) in 2013 at the ITKA/UKGB Open Championships by Sensei Albert Timothy 6th Dan, Chief Instructor of the ITKA GB.

Jason took the next four years to consolidate Ippon Karate Academy, teaching over 350 students with a regular student base of over 250 students. He has produced over 100 Black Belts, International and National champions and over a dozen qualified Instructors.

2015 gave Jason the opportunity to train with legendary instructor Sensei Junior Lefevre in Birmingham, England. This encounter allowed Jason to became aware of the new organisation lead by Sensei Junior Lefevre, Champions International Karate Association (CIKA). Upon hearing of this, Jason contacted Sensei Junior Lefevre regarding association and affiliation. Sensei Lefevre invited Jason to the Hombu Dojo in Liege, Belgium and following a successful visit, Jason affiliated the UKGB to CIKA World. In August, Jason was asked to become Chief Instructor of CIKA England by Sensei Lefevre. This was a very proud moment for Sensei Jason as he gladly agreed and soon after he was appointed Chairman.

We're not around right now. But you can send us an email and we'll get back to you, asap.